Last weekend, Newark was jam-packed with NWHL action as the New York Riveters hosted Buffalo and Boston — as well as a teddy bear toss and retirement ceremony.

On Saturday, Amanda Leveille and the Beauts took control of the Empire State series in a 5-3 victory over the Riveters. After a disappointing loss to Buffalo, Sunday’s matchup against Boston ended in a 3-2 shootout loss.

The New York Riveters score the majority of their goals (9-21) in the first period. However, in eight games, New York has also given up as many first period goals as they have scored. Both Katie Fitzgerald and Sojung Shin let in two first-period goals, against Buffalo and Boston, respectively.

“[Sighs] I want those back,” said Fitzgerald about the Beauts goals by Devon Skeats and Jacquie Greco. “that first period was a bit bouncy, a bit jittery. It’s not what we wanted, not what I wanted either.” The two goals were scored a minute apart, and both looked to be misjudged by both Fitzgerald and the Riveters defense.

After Saturday, alternate captain Madison Packer opened her post game statements with, “We just came out flat, we didn’t play well. We can’t play like that and expect to win games.” Packer expressed disappointment in her special teams unit. “The unit that I’m on, it’s unacceptable. We can’t pass the puck around like that … and expect to continue to be on the power play.”

Things did not start off much better against Boston on Sunday. The Riveters went 0-5 on the power play. Shin also let up two early goals to Boston, including a shorthanded goal to Alex Carpenter in the fourth minute of play.

“I was frustrated after [allowing] two goals. I [was] reminded of the last couple of games.” Shin allowed five goals each game in her last two starts against Boston. The 5-1 loss on Oct. 22 is the last time the Korean netminder was seen between the pipes.

Despite being down in both games, the Riveters were able to bounce back and tie the score each night. Against Buffalo, rookie Alexa Gruschow scored in the first period to get the Riveters within one goal. Packer notched the second goal early in the second period.

On Sunday, it was Bray Ketchum who got New York on the scoreboard. “It was one of our face-off plays we were trying to run,” said Ketchum post game. “I had an opening and got [the puck] on goal, and it was kind of a lucky bounce.”

The Riveters kept the Pride offense at bay and tied the game up in the second period on an Ashley Johnston slapshot. Johnston’s goal would be the last for either team in regulation. Unfortunately, neither comeback was enough to secure a win. The Riveters did earn a point for taking Boston to overtime but lost possession of second place to Buffalo.

New York fans have gotten accustomed to big saves by Fitzgerald, and on Sunday Shin produced a stellar performance of her own. After allowing two early goals, Shin made 33 consecutive saves to force a shootout. For her, recovering from her disappointing start was about focusing on the simple things, as well as playing confidently.

“I tried to be confident and I tried to keep focused on … the puck,” said Shin. Additionally, the Korean national team member believes having Fitzgerald around helps her game. “We are actually good friends. During the practice I try to say to Katie, we call her Fitz, I try to keep saying to her, ‘Good play’ or, you know, try to learn from her.”

With the 2018 Olympics being hosted in her home country, access to a goalie coach, as well as consistent competition, is something Shin hopes will help her next winter in PyeongChang. “There’s no women’s team in Korea, so I have to play with the guys [back home]. To play with the guys is totally different than … [a] high-level women’s team. This opportunity help[s] a lot for the next Olympics; to prepare and everything.”

At the conclusion of a grueling weekend, the Riveters bid farewell to 2016 All-Star and alternate captain Morgan Fritz-Ward.

If Fritz-Ward was having difficulty controlling her emotions, you couldn’t tell by her smile throughout the night. Any glimpse of sentiment was likely the due to all the questions she’s had to answer about her retirement, as opposed to the occasion itself. Morgan laughed her way through post-game interviews, expressing a slight discomfort with the logistical exceptions made in her honor. 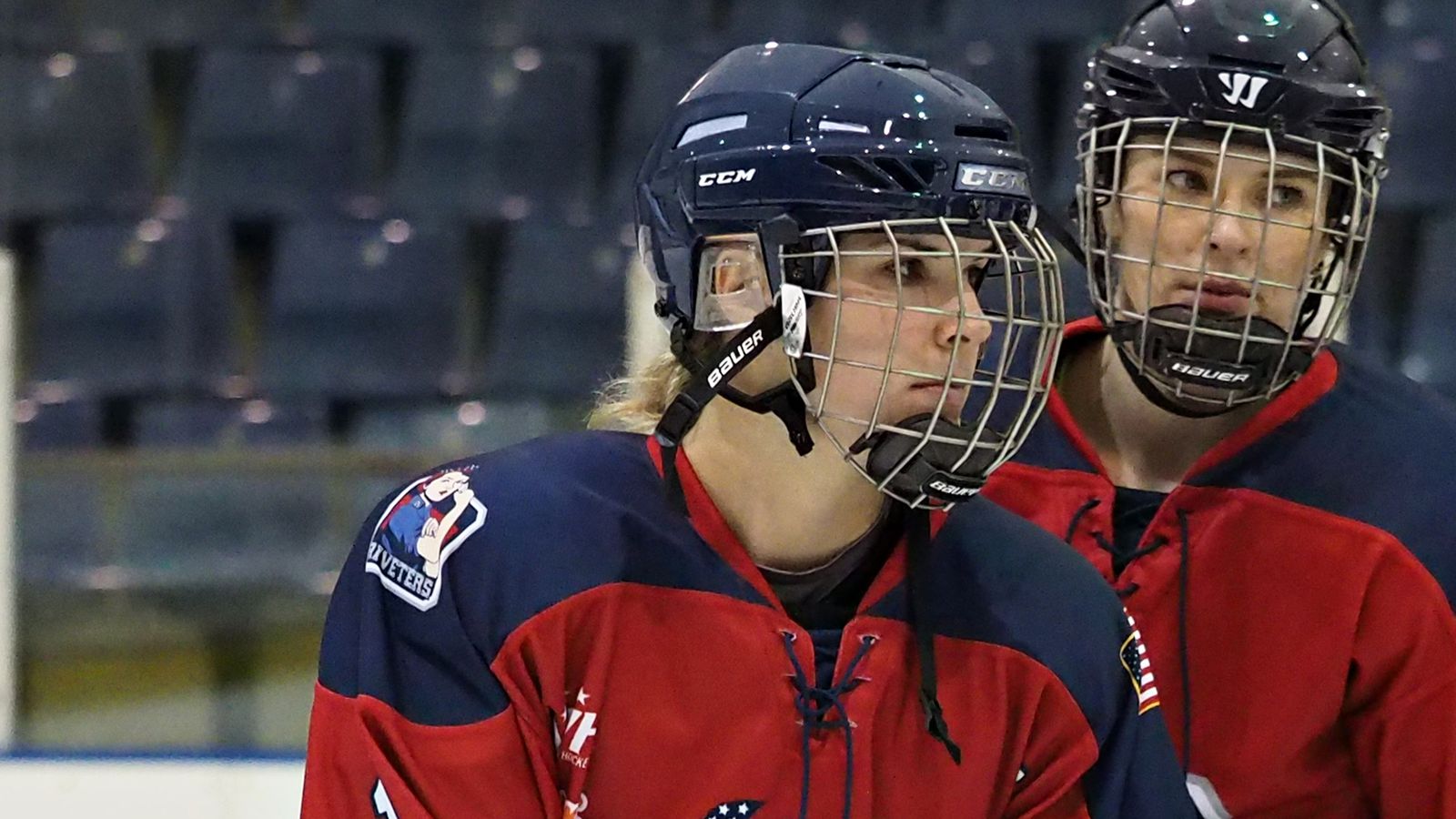 One last time for Morgan Fritz-Ward

The NWHL All-Star discusses her decision to retire

Fritz-Ward and other roster players from last season (Janine Weber, Kiira Dosdall, Madison Packer, and Ashley Johnston), comprised the starting lineup. She watched all other starters, including goalie Sojung Shin, skate to the blue line before hearing her name announced to the crowd. The PA announcer offered a short parting message before the anthem was sung and the puck dropped.

After the game, the Riveters presented Fritz-Ward with a bouquet of flowers and a card. Again, the loudspeaker pumped a special message as Bittersweet Symphony by The Verve played in the background:

“The players of the New York Riveters would like to say thank you to a great player, leader, teammate, and friend who has continuously embodied what it means to be a Riveter. Her work ethic [and] passion for the game have made her a cornerstone of this program. Fritzy, we salute you, love you, and you will be missed. Good luck in the next chapter of your life, and we will be cheering you on.”

New York returns to action on Sunday against the Connecticut Whale. The puck will drop at the Barnabas Health Hockey House at 5:00pm.

More From The Ice Garden