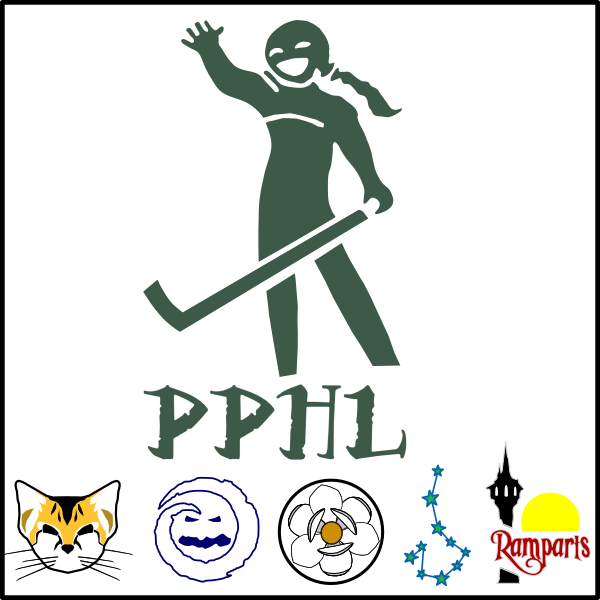 A while ago I was presented with a question from my daughter,

While most sensible non-parents would try and have a discussion about the issues surrounding the popular portrayal of women, I, like most parents with kids, simply said in a tired stupor, "sure."

This was subsequently followed however by the question, "Does she play for Connecticut?"

I pointed out that it snows a lot more in Buffalo, and because she's from Scandinavia, she probably would prefer there, the princesses that would play for Connecticut would be Ariel or Moana. Then I realized, these princesses have a lot of money. What would happen if someone convinced them to buy hockey franchises? So, after giving it some thought, I've written up a summary for a fictional, very financially stable professional women's hockey league run entirely by women: the Princesses' Professional Hockey League.

Second only to the Valor in terms of resources, Jasmine coaches the Agrabah Street Cats. A defense heavy team, the Street Cats’ blue line is their soul. Jasmine is an expert at seeing through traps and adapting to each opponent's strategy. The Street Cats just keep the puck out of the net until there is a chance for them to go for a goal. Then they climb over the wall, and make a run for it.

With Rheault and Renn in front of Selander, other teams would have an easier time breaking into the cave of wonders than scoring a goal. Aladdin couldn’t even break through that line, magic carpet or no.

As co-coaches to the ice cold team from Arendelle, Elsa and Anna make a unique pair. Elsa is calm, collected and focused on control. Anna is hot-headed, unpredictable but somehow saves the day, but both are always looking at what’s happening in the moment, not the long-term. The Snow Monsters put everything on the play in front of them - which means they excel at the power play and penalty kill.

The starting lineup is a mix of what’s important to the sisters: control and action. With a forward line that likes to let the puck go together with the composed defense pair of Birdsall and Pelletier, like the inspiration for their logo, the Snow Monsters are a force to be reckoned with, and should not be underestimated.

When a guy pushed her personal space, Rapunzel bashed his skull in with a cast-iron skillet. When she had a chance to see the lantern festival, mother be damned, she took it, snuck out and ran barefoot the entire way to the kingdom’s capital. The Ramparts are not a team that focuses on finesse, they focus on taking opportunities and getting where they’re going, and if it means breaking walls or skulls, they’re fine with it.

Packer and Cornine are the embodiment of the team, because once they leave home, they don’t go back until they score, and score they do - even if they take a few penalties along the way. Rapunzel also has a soft spot for Walther and Kartanbay, athletes who play a good game and clearly have fun doing it. If you don't like flowers on jerseys, take it up with Rapunzel. Just make sure there isn't a 5 pound chunk of iron within reach first.

Moana is the most tenacious coach in the league. She’s not from the richest place in the world, but the daughter of the chief (not a princess) can make anything work. The 16 year old taught herself to sail, kidnapped a demigod, and calmed down a 100 foot tall volcano monster mid-temper tantrum while singing songs and looking cool. If anyone has a chance of turning the Whale around, it’s her.

Her forwards aren’t the fastest, but they know where they’re going, and their blue line knows they’ll come back home. Also, having hung out with Maui the trickster for a while, this team chirps like they get points for it.

"Fish pee in you! All day!" - Moana, yelling at the ocean

Putting Marchin and Orlando on the same line is like a dream come true for the relentless daughter of the chief. With Morisette, Vlasic, and Broad at the front, the Wayfinders offense can score while always finding their way home to their tough D pair when they’re in a jam. 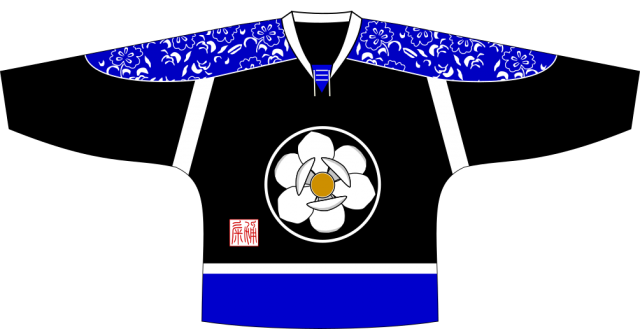 Sure, Mulan’s not a princess, but when the Emperor of China owes you his kingdom, you can buy whatever hockey team you want. The Valor of Northern Wei is coached by a seasoned veteran and the only warrior respected by the legendary conqueror*, Shan Yu.

The Valor is an offense-heavy, low-penalty team. They move the puck along the boards, bring shots on net, and trap opponents at center ice. Meanwhile, the infamous Leveille keeps the net walled off from incursions by anyone but the world’s best players.

With Curtis, Schammel, and Thunstrom on the forward line, Mulan’s team can move past any tough defense and bring the puck right to their opponents’ net. Given Boulier and Cline’s relentlessness, every game is a nonstop battle few can survive.

Now, there are 8 other princesses that could buy teams. So, if someone like Belle were to reincarnate the Canadiennes, what would the new team be? Only time and overactive imaginations will tell.

*It's not my fault the Disney history researchers of the 90's didn't have access to Wikipedia.