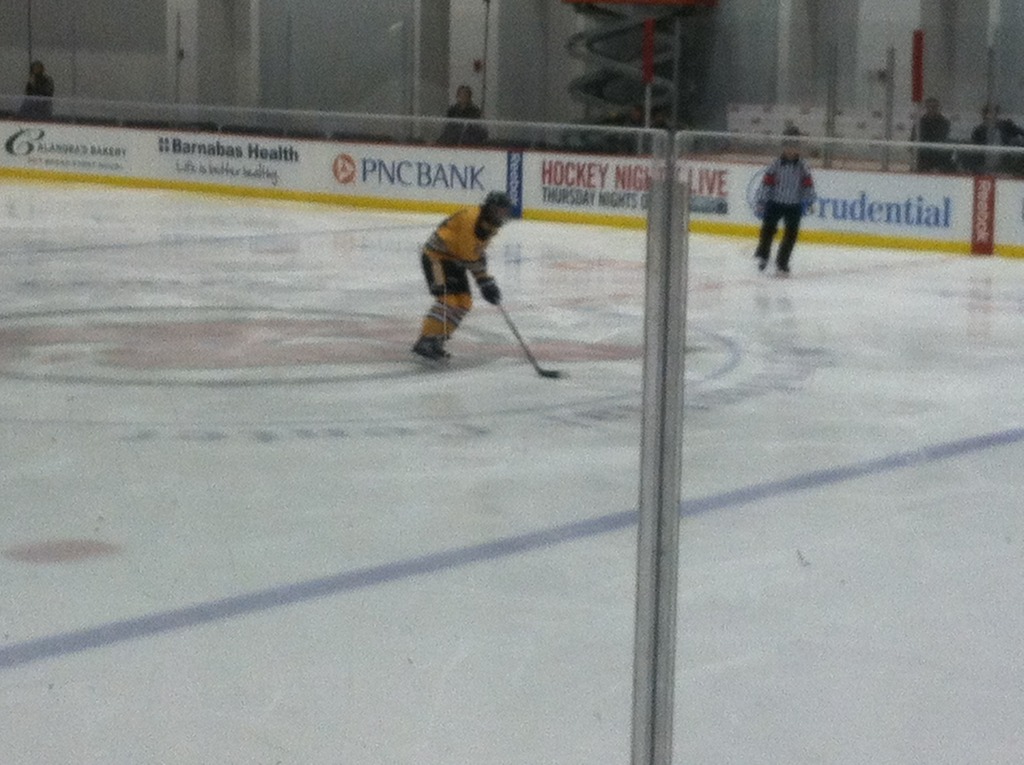 As an avid hockey fan, imagine my delight when I learned in early 2015 there was going to be a new women's hockey league. Already a fan of the Calgary Inferno of the CWHL, I was thrilled to learn there would be a team in my native Brooklyn. Naturally, I began following the league, learning as much as I could with every tidbit of information released. After missing opening weekend, I made sure I went to the Riveters first home game. I've been addicted ever since.

Since the start of my addiction, I have tried to get others to partake. The problem with hockey, especially women's, is it's a niche sport in the States. However, since you are reading this, I have already cleared two major hurdles: 1. you like hockey; and, more importantly, 2. you like women's hockey. With that in mind, I've decided to share some of the major questions I am asked when I try to gain converts. Hopefully, this will answer any questions you, the reader, may have as well.

WHAT IS THE NWHL?

The National Women's Hockey League, or NWHL, is the first women's professional hockey league in North America to pay its players. The CWHL, it's Canadian rival, plans to pay its players starting with the 2017-18 season. Although salaries pale in comparison to male sports (league minimum is $10,000), many feel it is a step in the right direction.

The league consists of four teams: the Boston Pride, Buffalo Beauts, Connecticut Whale, and New York Riveters. NWHL rosters consist of 22 players (15 skaters, 2 goaltenders, & 6 practice players). For the 2016-17 season, teams will play 21 games (up from 18 last season). The season runs from October to April. At season's end, all four teams play for what has been affectionately nicknamed Iggy*, aka the Isobel Cup.

*- I have asked a few times how it got this nickname... Maybe one day I will find out.

HOW DO I WATCH GAMES?

Unfortunately there is no network carrying all NWHL games (NESN carried select Boston Pride games while ESPN3 streamed a few). The league streams all games via its own Cross-Ice Pass through YouTube. If you are unable to stream games, teams routinely give updates on their Twitter feeds. Several bloggers/reporters and photographers also give Twitter play-by-play. Some even go as far as to stream it through Periscope using their personal mobile device. Or, if you're close by, you can always see a game in person.

WHAT GAME DO I WATCH FIRST?

Since, at this point, you have no loyalty to a team, watch whichever game is on. If you can, try and watch every team play at least once so you can get a feel for the game and each team. Watching all four teams also helps you get familiar with the players (if you haven't done any research beforehand). Who knows? You might get a favorite player out of it, or, possibly, a favorite team!

WHICH IS THE BEST TEAM?

The trick question of all trick questions. As anyone who's trying to get someone into a new sport knows, this is a commonly asked question. I, myself, am a New York Riveters fan. As such, one would assume I would say they are. The Riveters finished a league worst 4-12-2 last season. They were swept in the first round by the eventual Isobel Cup winners, the Boston Pride. The Pride are considered by many to be favorites to win the Isobel Cup again, so one could say this makes them the best team.

But lest we forget last season's scrappy Cinderella, the Buffalo Beauts. The Beauts edged out the Riveters for 3rd place in the next to last week of the season. They pushed the heavily favored Connecticut Whale to a third game (best of 3 series) and advanced to play the powerhouse Boston Pride. In Game 1 of the Isobel Cup Final, the Beauts came back from a 3-0 deficit to force Overtime. Hilary Knight of the Pride would win the game on a controversial penalty resulting in a penalty shot goal. The Beauts, however, ran out of gas in Game 2 and lost to the Pride.

The Connecticut Whale started last season strong by going 8-0 before running out of steam in the middle of January. After an 11-1, 22 pts start, the team struggled down the stretch. Their 2-4 record down the stretch dropped them from first overall to second place. A 2-games-to-1 defeat in the first round of the Isobel Cup Playoffs, left many scratching their head.

If you're still on the fence who to root for, maybe your college loyalty will sway you. The league has many players from Boston College, Boston University, University of Minnesota, University of Wisconsin, Harvard, St. Cloud State, just to name a few. Who knows? maybe your favorite college player transitioned to the NWHL?

College hockey not your thing? (I'm just beginning to follow it myself) Maybe national pride will sway you? The Boston Pride is, essentially, the USA Women's Olympic Hockey Team. Though, several USA Women's Hockey players play for the Beauts, Whale, and Riveters. Canadian players hold roster spots on every team, except the Pride of course. Americans and Canadians not enough? The Riveters also have Janine Weber from Austria and Sojung Shin goaltender from the Korean National Team (yes I said Korean!).

I'M INTERESTED BUT THERE'S NO TEAM NEAR ME. WHAT DO I DO?

Other than streaming games, you can follow not only the league and its teams on Twitter, you can also follow the players. Speaking from personal experience, many of the players do respond to your mentions on Twitter. The league is also active on Instagram and SnapChat.

You can check out the league site which has an option to sign up for a their newsletter. Sites like this are also a great source of information.

Represent. Just like any team you like/love, let the world know you do. Attend games. Stream the ones you can't. Tweet the league. Tweet the team. Tweet the players. Follow them on social media. Wear the colors. Wear the shirseys/jerseys. If you choose the Riveters, show off your inner Rosie. Most of all, be a fan and enjoy.